In fascinating new research, cosmologists explain the history of the universe as one of self-teaching, autodidactic algorithms.

The scientists, including physicists from Brown University and the Flatiron Institute, say the universe has probed all the possible physical laws before landing on the ones we observe around us today. Could this wild idea help inform scientific research to come?

In their novella-length paper, published to the pre-print server arXiV, the researchers—who received “computational, logistical, and other general support” from Microsoft—offer ideas “at the intersection of theoretical physics, computer science, and philosophy of science with a discussion from all three perspectives,” they write, teasing the bigness and multidisciplinary nature of the research.

“The notion of ‘learning’ as we use it is more than moment-to-moment, brute adaptation. It is a cumulative process that can be thought of as theorizing, modeling, and predicting. For instance, the DNA/RNA/protein system on Earth must have arisen from an adaptive process, and yet it foresees a space of organisms much larger than could be called upon in any given moment of adaptation.”

We can analogize to the research of Charles Darwin, who studied all the different ways animals specialized in order to thrive in different environments. For example, why do we have one monolithic body of laws of physics, rather than, say, a bunch of specialized kinds of finches? This is an old question that dates back to at least 1893, when a philosopher first posited “natural selection,” but for the laws of the universe.

In the paper, the scientists define a slew of terms including how they’re defining “learning” in the context of the universe around us. The universe is made of systems that each have processes to fulfill every day, they say.

Each system is surrounded by an environment made of different other systems. Imagine standing in a crowd of people (remember that?), where your immediate environment is just made of other people. Each of their environments is made of, well, you and other stuff.

Evolution is already a kind of learning, so when we suggest the universe has used natural selection as part of the realization of physics, we’re invoking that specific kind of learning. (Does something have to have consciousness in order to learn? You need to carefully define learning in order to make that the case. Organisms and systems constantly show learning outcomes, like more success or a higher rate of reproduction.)

The researchers explain this distinction well:

“In one sense, learning is nothing special; it is a causal process, conveyed by physical interactions. And yet we need to consider learning as special to explain events that transpire because of learning.”

Consider the expression “You never learn,” which suggests that outcomes for a specific person and activity are still bad. We’re using that outcome to say learning hasn’t happened. What if the person is trying to change their outcomes and just isn’t succeeding? We’re gauging learning based on visible outcomes only.

If you’re interested in the nitty gritty, the full, 79-page study defines a ton of fascinating terms and introduces some wild and wonderful arguments using them. The scientists’ goal is to kick off a whole new arm of cosmological research into the idea of a learning universe.

In upcoming research, scientists will attempt to show the universe has consciousness. Yes, really. No matter the outcome, we’ll soon learn more about what it means to be conscious—and which objects around us might have a mind of their own.

What will that mean for how we treat objects and the world around us? Buckle in, because things are about to get weird.

The basic definition of consciousness intentionally leaves a lot of questions unanswered. It’s “the normal mental condition of the waking state of humans, characterized by the experience of perceptions, thoughts, feelings, awareness of the external world, and often in humans (but not necessarily in other animals) self-awareness,” according to the Oxford Dictionary of Psychology.

Scientists simply don’t have one unified theory of what consciousness is. We also don’t know where it comes from, or what it’s made of.

However, one loophole of this knowledge gap is that we can’t exhaustively say other organisms, and even inanimate objects, don’t have consciousness. Humans relate to animals and can imagine, say, dogs and cats have some amount of consciousness because we see their facial expressions and how they appear to make decisions. But just because we don’t “relate to” rocks, the ocean, or the night sky, that isn’t the same as proving those things don’t have consciousness.

This is where a philosophical stance called panpsychism comes into play, writes All About Space’s David Crookes:

“This claims consciousness is inherent in even the tiniest pieces of matter — an idea that suggests the fundamental building blocks of reality have conscious experience. Crucially, it implies consciousness could be found throughout the universe.”

It’s also where physics enters the picture. Some scientists have posited that the thing we think of as consciousness is made of micro-scale quantum physics events and other “spooky actions at a distance,” somehow fluttering inside our brains and generating conscious thoughts.

The Free Will Conundrum

One of the leading minds in physics, 2020 Nobel laureate and black hole pioneer Roger Penrose, has written extensively about quantum mechanics as a suspected vehicle of consciousness. In 1989, he wrote a book called The Emperor’s New Mind, in which he claimed “that human consciousness is non-algorithmic and a product of quantum effects.”

Let’s quickly break down that statement. What does it mean for human consciousness to be “algorithmic”? Well, an algorithm is simply a series of predictable steps to reach an outcome, and in the study of philosophy, this idea plays a big part in questions about free will versus determinism.

Are our brains simply cranking out math-like processes that can be telescoped in advance? Or is something wild happening that allows us true free will, meaning the ability to make meaningfully different decisions that affect our lives?

Within philosophy itself, the study of free will dates back at least centuries. But the overlap with physics is much newer. And what Penrose claimed in The Emperor’s New Mind is that consciousness isn’t strictly causal because, on the tiniest level, it’s a product of unpredictable quantum phenomena that don’t conform to classical physics.

So, where does all that background information leave us? If you’re scratching your head or having some uncomfortable thoughts, you’re not alone. But these questions are essential to people who study philosophy and science, because the answers could change how we understand the entire universe around us. Whether or not humans do or don’t have free will has huge moral implications, for example. How do you punish criminals who could never have done differently?

In physics, scientists could learn key things from a study of consciousness as a quantum effect. This is where we rejoin today’s researchers: Johannes Kleiner, mathematician and theoretical physicist at the Munich Center For Mathematical Philosophy, and Sean Tull, mathematician at the University of Oxford.

Kleiner and Tull are following Penrose’s example, in both his 1989 book and a 2014 paper where he detailed his belief that our brains’ microprocesses can be used to model things about the whole universe. The resulting theory is called integrated information theory (IIT), and it’s an abstract, “highly mathematical” form of the philosophy we’ve been reviewing.

In IIT, consciousness is everywhere, but it accumulates in places where it’s needed to help glue together different related systems. This means the human body is jam-packed with a ton of systems that must interrelate, so there’s a lot of consciousness (or phi, as the quantity is known in IIT) that can be calculated. Think about all the parts of the brain that work together to, for example, form a picture and sense memory of an apple in your mind’s eye.

The revolutionary thing in IIT isn’t related to the human brain—it’s that consciousness isn’t biological at all, but rather is simply this value, phi, that can be calculated if you know a lot about the complexity of what you’re studying.

Hey, we told you this was going to get weird.

“The theory consists of a very complicated algorithm that, when applied to a detailed mathematical description of a physical system, provides information about whether the system is conscious or not, and what it is conscious of,” Kleiner told All About Space. “If there is an isolated pair of particles floating around somewhere in space, they will have some rudimentary form of consciousness if they interact in the correct way.”

Kleiner and Tull are working on turning IIT into this complex mathematical algorithm—setting down the standard that can then be used to examine how conscious things operate.

Think about the classic philosophical comment, “I think, therefore I am,” then imagine two geniuses turning that into a workable formula where you substitute in a hundred different number values and end up with your specific “I am” answer.

The next step is to actually crunch the numbers, and then to grapple with the moral implications of a hypothetically conscious universe. It’s an exciting time to be a philosopher—or a philosopher’s calculator.

The word fractal has become increasingly popular, although the concept started more than two centuries ago in the 17th century with prominent and prolific mathematician and philosopher Gottfried Wilhelm Leibnitz. Leibnitz is believed to have addressed for the first time the notion of recursive self-similarity, and it wasn’t until 1960 that the concept was formally stabilized both theoretically and practically, through the mathematical development and computerized visualizations by Benoit Mandelbrot, who settled on the name “fractal”. 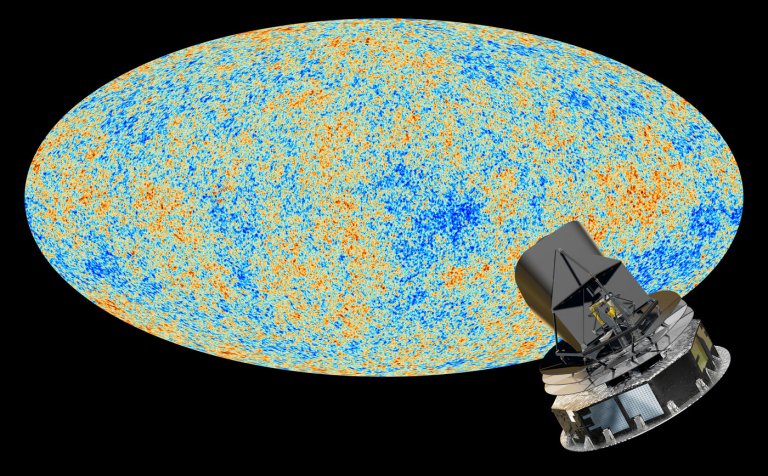 A new theory explains the seemingly irreversible arrow of time while yielding insights into entropy, quantum computers, black holes, and the past-future divide.

Coffee cools, buildings crumble, eggs break and stars fizzle out in a universe that seems destined to degrade into a state of uniform drabness known as thermal equilibrium. The astronomer-philosopher Sir Arthur Eddington in 1927 cited the gradual dispersal of energy as evidence of an irreversible “arrow of time.”

But to the bafflement of generations of physicists, the arrow of time does not seem to follow from the underlying laws of physics, which work the same going forward in time as in reverse. By those laws, it seemed that if someone knew the paths of all the particles in the universe and flipped them around, energy would accumulate rather than disperse: Tepid coffee would spontaneously heat up, buildings would rise from their rubble and sunlight would slink back into the sun.