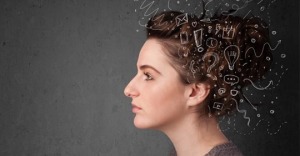 Greater mindfulness skills was found to indirectly predict fewer anxiety symptoms through attentional control, according to a study published in Psychological Reports.

Mindfulness, overall, is defined as “the awareness that emerges through actively attending to the present moment without reaction or judgment.” Research on mindfulness has shown that it is comprised of five different components: (1) observing, which entails attending to one’s emotions, cognitive experiences, and sensations; (2) describing, which is the process of labeling what one is feeling or thinking; (3) acting with awareness, defined as being attentive to one’s experience in the moment; (4) nonjudging of inner experience, which involves refraining from evaluating one’s thoughts and feelings; and (5) nonreactivity to inner experience, defined as the ability to let thoughts and feelings pass without responding or elaborating.

While the dimensions of acting with awareness, nonjudging of inner experience, and nonreactivity to inner experience have long been found to be associated with positive health outcomes, such as greater life satisfaction and lower levels of anxiety and depression, the components of observing and describing have little evidence of beneficial impacts to mental health and psychological well-being. In fact, there have been studies that showed that observing indirectly predicted an increase in depression through rumination, or the process of focusing on the symptoms of one’s distress.

The new study by Helen Z. MacDonald and Anna Olsen of Emmanuel College in Boston viewed attentional control, or the “ability to direct, focus, and shift attention voluntarily,” as a possible mechanism or mediator by which particular dimensions of mindfulness may provide beneficial effects on psychological well-being.

The study acquired 286 undergraduate students over the age of 18 years old from a large university in the northeast of the United States. The participants took part in surveys for mindfulness, depression, anxiety, stress and attentional control.

Results showed that greater skills in the describing and nonreacting dimensions of mindfulness, through the effect on better focusing attentional control, indirectly predicted fewer anxiety symptoms. Furthermore, the study showed that greater mindfulness is associated with fewer symptoms of anxiety and that these relationships are mediated by the ability to focus attention.

Because attentional control can be learned and thus improved, the study has significant contribution to clinical practice. However, the study is limited by the characteristics of its participants, which were mostly female Caucasians, as well as other psychometric limits.

The study was titled: “The Role of Attentional Control in the Relationship Between Mindfulness and Anxiety“.