A proto-consciousness field theory could replace the theory of dark matter, one physicist states. 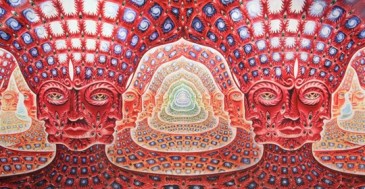 What consciousness is and where it emanates from has stymied great minds in societies across the globe since the dawn of speculation. In today’s world, it’s a realm tackled more and more by physicists, cognitive scientists, and neuroscientists. There are a few prevailing theories. The first is materialism. This is the notion that consciousness emanates from matter, in our case, by the firing of neurons inside the brain.

Take the brain out of the equation and consciousness doesn’t exist at all. Traditionally, scientists have been stalwart materialists. But doing so has caused them to slam up against the limitations of materialism. Consider the chasm between relativity and quantum mechanics, or Heisenberg’s uncertainty principle, and you quickly start to recognize these incongruities.

The second theory is mind-body dualism. This is perhaps more often recognized in religion or spirituality. Here, consciousness is separate from matter. It is a part of another aspect of the individual, which in religious terms we might call the soul. Then there’s a third option which is gaining ground in some scientific circles, panpsychism. In this view, the entire universe is inhabited by consciousness.

A handful of scientists are starting to warm to this theory, but it’s still a matter of great debate. Truth be told, panpsychism sounds very much like what the Hindus and Buddhists call the Brahman, the tremendous universal Godhead of which we are all a part. In Buddhism for instance, consciousness is the only thing that exists.

Such is the focus of the famous Zen koan, “If a tree falls in a forest and no one is around to hear it, does it make a sound?” One must come to the realization that everything we experience is filtered through and interpreted by our mind. Without it, the universe doesn’t exist at all or at least, not without some sort of consciousness observing it. In some physics circles, the prevailing theory is some kind of proto-consciousness field. 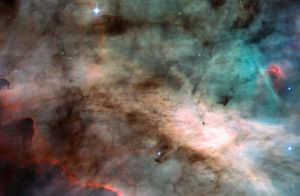 Is consciousness derived from an invisible field that inhabits our universe?

In quantum mechanics, particles don’t have a definite shape or specific location, until they are observed or measured. Is this a form of proto-consciousness at play? According to the late scientist and philosopher, John Archibald Wheeler, it might. He’s famous for coining the term, “black hole.” In his view, every piece of matter contains a bit of consciousness, which it absorbs from this proto-consciousness field.

He called his theory the “participatory anthropic principle,” which posits that a human observer is key to the process. Of this Wheeler said, “We are participators in bringing into being not only the near and here but the far away and long ago.” In his view, much like the Buddhist one, nothing exists unless there is a consciousness to apprehend it.

Neuroscientist Christof Koch of the Allen Institute for Brain Science, is another supporter of panpsychism. Koch says that the only theory we have to date about consciousness is, it’s a level of awareness about one’s self and the world. Biological organisms are conscious because when they approach a new situation, they can change their behavior in order to navigate it, in this view. Dr. Koch is attempting to see if he can measure the level of consciousness an organism contains.

He’ll be running some animal experiments. In one, he plans to wire the brains of two mice together. Will information eventually flow between the two? Will their consciousness at some point become one fused, integrated system? If these experiments are successful, he may wire up the brains of two humans.

U.K. physicist Sir Roger Penrose is yet another supporter of panpsychism. Penrose in the 80’s proposed that consciousness is present at the quantum level and resides in the synapses of the brain. He is famous for linking consciousness with some of the goings on in quantum mechanics. 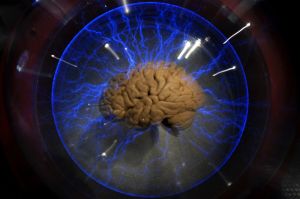 In Buddhism consciousness emanates from the brain. Neuroscientists agree.

Veteran physicist Gregory Matloff of the New York City College of Technology, says he has some preliminary evidence showing that, at the very least, panpsychism isn’t impossible. Hey, it’s a start. Dr. Matloff told NBC News, “It’s all very speculative, but it’s something we can check and either validate or falsify.”

Theoretical physicist Bernard Haisch, in 2006, suggested that consciousness is produced and transmitted through the quantum vacuum, or empty space. Any system that has sufficient complexity and creates a certain level of energy, could generate or broadcast consciousness. Dr. Matloff got in touch with the unorthodox, German physicist and proposed an observational study, to test it.

What they examined was Parenago’s Discontinuity. This is the observation that cooler stars, like our own sun, revolve around the center of the Milky Way faster than hotter ones. Some scientists attribute this to interactions with gas clouds. Matloff took a different view. He elaborated in a recently published piece, in the Journal of Consciousness Exploration and Research.

Unlike their hotter sisters, cooler stars may move faster due to “the emission of a uni-directional jet.” Such stars emit a jet early on in their creation. Matloff suggests that this could be an instance of the star consciously manipulating itself, in order to gain speed.

Observational data shows a reliable pattern anywhere Parenago’s Discontinuity is witnessed. If it were a matter of interacting with gas clouds, as is the current theory, each cloud should have a different chemical makeup, and so cause the star to operate differently. So why do all of them act in exactly the same way? 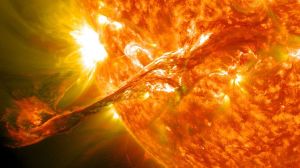 Jets out of cooler stars may be a conscious act.
Though it isn’t much to go on, the unveiling of the European Space Agency’s Gaia space telescope, whose mission it is to map stars, may provide more data to further support or weaken this view. On another front, Dr. Matloff posits that the presence of a proto-consciousness field could serve as a replacement for dark matter.

Dark matter supposedly makes up around 95% of the universe, although, scientists can’t seem to find any. So, for the sake of argument, if consciousness is a property that arises on the subatomic level with a confluence of particles, how do these tiny little bits of consciousness coalesce?

Neuroscientist and psychiatrist Giulio Tononi, at the University of Wisconsin-Madison, proposes a slightly different take on panpsychism, called integrated information theory. Here, consciousness is a manifestation with a real, physical location, somewhere in the universe. We just haven’t found it yet. Perhaps this heavenly body radiates out consciousness as our sun radiates light and heat.

Dr. Tononi has actually puts forth a metric for measuring how much consciousness a thing has. The unit is called phi. This translates into how much control a being can enact over itself or objects around it. The theory separates intelligence from consciousness, which some people assume are one in the same.

Take AI for example. It can already beat humans in all kinds of tasks. But it has no will of its own. A supercomputer which can enact change in the world outside of a programmer’s commands, would therefore be conscious. Many futurists from Ray Kurzweil to Elon Musk believe that day is coming, perhaps in the next decade or so, and that we should prepare.

To hear more of what Sir. Roger Penrose thinks on the matter of panpsychism, click here: