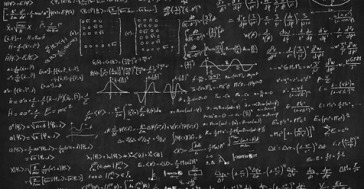 The mystery of why quantum matter jumps from a wave-like state to a well-defined particle when it is observed has puzzled scientists for nearly a 100 years.

Known as ‘the measurement problem’ it is widely seen as the major complication in quantum theory and has led even well-respected scientists to suggest that the human mind may be having some kind of telepathic influence on the fabric of the universe – our thoughts actually shaping reality around us.

But physicist Jonathan Kerr, who has studied quantum mechanics for 35 years from his cottage in Surrey, believes he has solved the riddle, and the answer is more prosaic than some might have hoped.

He thinks that it is actually impossible to measure anything without a tiny interaction taking place and it is that ‘bump’ that tells the particle where it is in space and fixes its form.

Kerr, the nephew of the late author Judith Kerr, has just published a book on his theory and an article is due to appear in a well-respected peer reviewed journal soon. The idea was first posited by some scientists in the 1990s but it has been an unfinished until now.

Kerr told The Telegraph: “For 70 years it was assumed that just observing the world brings it into a more concrete state of existence.
“But when we make a measurement, we have to cause an interaction – bumping bits of matter together – and people started to suspect that the interaction necessary for the measurement is what causes it.
“This idea would remove what some might see as the ‘woo-woo’ from quantum physics – mind, consciousness, the observer.”

The world of quantum exists in a baffling fog of uncertainty where particles change states, pop in and out of existence for seemingly no reason, and interact at speeds faster than light.
The American theoretical physicist Richard Feynman once said: “I think it is safe to say nobody understands quantum mechanics.”

But Kerr believes the answer lies in the fabric of the universe itself. In his theory space is made up from a series of dimensions, curled into cylinders which lie side-by-side, similar to string theory.
They all point in the same direction, being parallel, but that direction is unfixed, or undecided. So the cylinders are set at many angles at once.

Under the theory, matter occurs in places where the cylinders vibrate and have to follow their alignment, But because their alignment is not fixed, particles exist in a wave like state or ‘superposition’ of uncertainty.
When a measurement is made, the experimenter has to cause an interaction, and when two particles bump together, they ‘get their bearings’, and find out where the cylinders they live on are in space.
At that moment all the other possibilities in the wave disappear, and just one position remains.

The theory has sparked the interest of celebrated theoretical physicists Carlo Rovelli and Neil Turok,, who met with Kerr at Cambridge University and his own home in France, to film a discussion of his new idea.
Rovelli said: “We don’t understand quantum mechanics yet. If there is something clear it’s that it is not clear.
“The idea that one should replace the notion of measurement to one of interactions is a key one. Measurement cannot be anything foundational because it doesn’t mean anything.
“Does it require a physicist in a lab to create the universe? It doesn’t make any sense. The universe didn’t appear when humans started looking at it.”

Rovelli’s came up with the theory of Relational Quantum Mechanics in the 1990s to suggest that it was not observation causing the shift from wave to particles but probably interactions. But until now nobody has explained how or why it happens.
Turok, an emeritus Professor of Mathematics Physics at Cambridge University, and now at the Perimeter Institute in Canada, said: “If you say it’s measurements then you immediately bring quantum mechanics down to the observer
“Many physicists are very unhappy with the solipsistic view that our presence in the universe is somehow critical to its existence.
“So removing the observer is fundamental and removing measurement as having this elevated special state is something that people have been aspiring to do for a long time.”

The Unsolved Puzzle by Jonathan Kerr is available now.