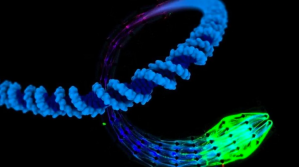 Cornell University engineers have created an artificial material that has three key traits of life — metabolism, self-assembly and organization. The engineers were able to pull off such a feat by using DNA in order to make machines from biomaterials that would have characteristics of alive things.

Dubbing their process DASH for “DNA-based Assembly and Synthesis of Hierarchical” materials, the scientists made a DNA material that has metabolism — the set of chemical processes that convert food into energy necessary for the maintenance of life.

The goal for the scientists is not to create a lifeform but a machine with lifelike characteristics, with Dan Luo, professor of biological and environmental engineering, pointing out “We are not making something that’s alive, but we are creating materials that are much more lifelike than have ever been seen before.”

The major innovation here is the programmed metabolism that is coded into the DNA materials. The set of instructions for metabolism and autonomous regeneration allows the material to grow on its own.

In their paper, the scientists described the metabolism as the system by which “the materials comprising life are synthesized, assembled, dissipated, and decomposed autonomously in a controlled, hierarchical manner using biological processes.”

To keep going, a living organism must be able to generate new cells, while discarding old ones and waste. It is this process that the Cornell scientists duplicated using DASH. They devised a biomaterial that can arise on its own from nanoscale building blocks. It can arrange itself into polymers first and into mesoscale shapes after.

The DNA molecules in the materials were duplicated hundreds of thousands of times, resulting in chains of repeating DNA that were a few millimeters in length. The solution with the reaction was injected into a special microfluidic device that facilitated biosynthesis.

This flow washed over the materials, causing DNA to synthesize its own strands. The material even had its own locomotion, with the front end growing while the tail end was degrading, making it creep forth.

This fact allowed the researchers to have portions of the materials competing against each other.

“The designs are still primitive, but they showed a new route to create dynamic machines from biomolecules. We are at a first step of building lifelike robots by artificial metabolism,” explained Shogo Hamada, the lead and co-corresponding author of the paper as well as a lecturer and research associate in the Luo lab. “Even from a simple design, we were able to create sophisticated behaviors like racing. Artificial metabolism could open a new frontier in robotics.” 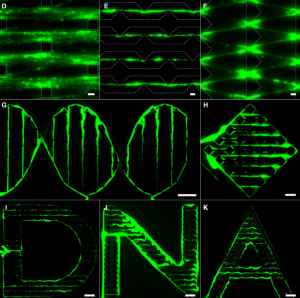 The material that was created lasted for two cycles of synthesis and degradation but the longevity can be extended, think the researchers. This could lead to more generations of the material, eventually resulting in a “lifelike self-reproducing machines,” said Hamada.

He also foresees that the system can result in a “self-evolutionary possibility.”

Next for the material? The engineers are looking at how to get it to react to stimuli and be able to seek out light or food all on its own. They also want it to be able to avoid harmful stimuli.

Check out the video of Professor Luo explaining their achievement here —