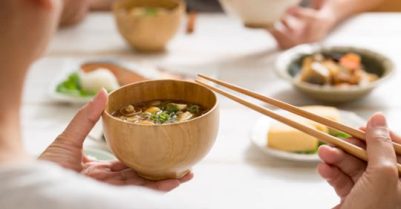 Continuing an extreme low-carbohydrate diet stringently for a long time may accelerate aging and lead to a shorter life span, according to a recent study by a group of Japanese scientists.

While pointing out that a low-carb diet is effective in reducing visceral fat and preventing blood sugar spikes, Tsuyoshi Tsuzuki, associate professor in agricultural science at Tohoku University, stressed that it “should be supervised by experts as part of medical treatment.”

In the research project, Tsuzuki and colleagues divided laboratory mice with life expectancies of about a year into three groups — one fed with a balanced diet, one with a fatty diet and one with a low-carb diet with increased protein.

The mice on the low-carb diet, in which the rodents got only 20 percent of total calories from carbohydrates, was seen as equivalent to a human skipping staples in three daily meals.

They found that the low-carb diet group died an average of eight to nine weeks ahead of the group on a balanced diet. The low-carb group also died earlier than the fatty diet group.

In addition, the low-carb group’s cognitive ability declined to about half that of the group on a balanced diet.

The researchers also observed that bad bacteria increased while good ones decreased in the bowels of mice on the low-carb diet, suggesting that the diet had an impact on the aging of the mice.

The findings were expected to be presented during a three-day general meeting of the Japan Society of Nutrition and Food Science that started Friday in the city of Shizuoka.