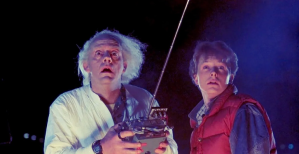 Our experience of time may be blinding us to its true nature, say scientists.

We seem to perceive time as passing in one direction. After all, we can’t just just forward to the future or revisit our past if we felt like it. Every minute of every day appears to move us ahead, pulling us through our lives towards an inexorable demise. At least that’s what the conventional experience of time tells us. But what if your present, past, and future all existed already? Time, from that point of view, would not flow.

The block universe theory says that our universe may be looked at as a giant four-dimensional block of spacetime, containing all the things that ever happen, explained Dr. Kristie Miller, the joint director for the Centre for Time at the University of Sydney.

In the block universe, there is no «now» or present. All moments that exist are just relative to each other within the three spacial dimensions and one time dimension. Your sense of the present is just reflecting where in the block universe you are at that instance. The «past» is just a slice of the universe at an earlier location while the «future» is at a later location.

So, is time just an elaborate mind trick? And more importantly – is time travel possible?

Dr. Miller’s answer to that is «yes». Of course, just hypothetically, since we’d need to figure out first how to travel at «some reasonable percentage of the speed of light». Going to the past would entail using wormholes, like «short cuts through space-time».

Now, if you did manage to get back in time, you won’t be able to change it. This is because your past is always simultaneously someone else’s future. So if you travel to the past, you’re just making that future the way it is. So don’t worry about «grandfather paradoxes» – your time machine has already been incorporated into the scheme of things.

What’s more – maybe the past has already been altered by time travelers. How would we be able to tell if it hasn’t? «For all we know, the reason the past is the way it is, is in part due to the presence of time travelers,» added Miller.

By that logic, what you do tomorrow will make it the way it is, with you fulfilling a certain destiny writ in time, which is in itself more of an illusion than a fundamental property of nature.

Certainly, with such claims, the block universe theory has its detractors. One big criticism is that the future shouldn’t exist yet. Physicist Lee Smolin wrote that «The future is not now real and there can be no definite facts of the matter about the future.» Furthermore, as he added at a 2017 conference, what is real is just «the process by which future events are generated out of present events.»

Another negative of this idea is if the block universe is static, what is the point of anything? Can you have progress? Answering that is the «evolving block universe» model which sees the block of the universal space-time growing rather than staying the same. The surface of such a volume would represent the present moment. It’s when «the indefiniteness of the future changes to the definiteness of the past,» as described it cosmologist George Ellis. Under that model, the changing part would be the future.

While the debates are going to continue, the block universe theory is one of the most promising approaches that can reconcile the cosmological view of time with our everyday experience. What may be certain – time is much more than what it appears to be. Unraveling its mysteries is integral to understanding the human experience.