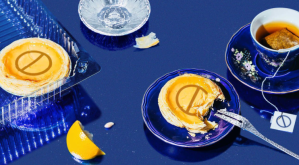 If you’ve spent any time browsing health topics on social media, you’ve likely encountered ripples of the anti-diet movement, such as Jameela Jamil’s “I Weigh” campaign or the backlash against Macy’s for selling plates showing restrictive serving sizes.

The topic has even managed to make the front page of legacy health outlets (see: “SELF” and Tess Holliday).

If you still feel at a loss or even a bit defensive when people talk about Health at Every Size or why diets don’t work, you’re not alone.

We’ve been conditioned to believe that diets — intentional weight loss efforts and wellness plans — are the best, if not the only, solution to the “obesity epidemic.” Getting information that blatantly rejects long-standing beliefs can feel disorienting!

But that’s what is important to remember: that the anti-diet movement is not an attack on you or your individual actions.

It’s a movement that promotes overall well-being rather than size reduction. It’s a statement that people deserve to exist and don’t have to engage in weight-loss attempts to earn respect. The movement targets the diet industry and culture at large — not you! And science backs the theories behind the movement.

So let’s walk through these common gut reactions. Since #AntiDiet is going to become more common (and for good reason, since the movement cares about the whole person), here’s what you need to know.

Word got out about “diets not working” in the early 2000s, and diets haven’t been calling themselves diets for a long time. Instead, diet culture has been slowly moving away from the word “diet.”

Now it’s about “health.” It’s about “living your best life.” It’s about weight, but the letters W, E, I, G, H, and T are silent. Even Weight Watchers rebranded as WW in an attempt to capitalize on this movement.

The anti-diet movement still fights that

The movement is rooted in the belief that a person’s food doesn’t need to be policed or restricted with rules and that weight is not the most important health marker (or any other marker).

One way to recognize this particular “duck” is to notice whether a wellness plan suggests that achieving health requires weight loss — or, these days, whether weight loss is implied.

Because the truth is, the human body is so unique from person to person that we can’t predict what will happen to it. By not dieting, you’ll have the opportunity to learn what does and doesn’t make your body feel its best, and then you can choose what you want to eat. Intuitively, you learn.

There are so many diets out there. And when you’re following a certain diet plan, it’s really easy and normal to feel emotionally invested. You kind of have to be! Investment is what makes following a diet for any length of time actually work.

So when someone talks about how diets don’t work, it’s normal to feel a bit attacked.

The larger picture is that the diet funnel is rigged. It’s rigged to make you believe not only that your diet is different or superior but also that you have to restrict yourself to it in order to be happy, healthy, or allowed to participate in the world around you.

Not you, but the system that wants you to believe, this time, that another restrictive diet will be different. To get out of that mindset, think of it like The Matrix: The more you see it, the more you can’t unsee it. It’s systemic bias that you can opt out of participating in.

And, thankfully, there are ways to navigate that. Intuitive eating is a big one: coming back into the trust that we can truly listen to our bodies and relearning that our bodies have always been sending us signals and giving us feedback.

This is probably the hardest to argue with — not because I agree or because I think it’s not healthy or OK to be in a fat body.

But because it’s hard.

It’s hard because being in a fat body and not actively trying to lose weight, or even — *gasp* — liking your body, can get you labeled a social deviant, which is an extremely difficult position to be in.

But I encourage you to think about ways you can improve your health independent of weight.

Will physical therapy help you be more active, pain-free? Will taking fish oils help with your cholesterol? Maybe you’ll feel better and be healthier. And maybe your weight will stay the same. And maybe you won’t have to add the stress of a restrictive diet.

We have less control over our health than we have been led to believe. The truth is, you can’t learn anything about a person’s health from their body size or the way they look alone.

Even “healthy eating” is only one small factor among all the determinants of health. The rest of the health checklist includes everything from recreational drug habits to genetics to whether someone has access to quality healthcare.

And that big picture of health is part of the reason the anti-diet movement is here.

The movement wants to help people recognize that not all of health can be rectified with food. By accepting this and allowing for other lifestyle changes, as well as other definitions of health, we allow for a more expansive and nuanced relationship with our bodies.

Dieting gives most people a honeymoon period — a period when it’s easy to lose weight or to keep it off. But then it stops working. Does this sound familiar? If it does, it’s because this is the experience of most people who try to lose weight.

A 2012 study that followed participants from adolescence into adulthood also noted that people will regain the majority of the weight they’ve lost, if not more, within 5 to 7 years. Even if you keep up the behavior that led to your weight loss, it’s likely you’ll regain weight.

And that’s because your body interprets dieting as a threat. In my professional experience as a dietitian and my personal experience as someone constantly bombarded with diets, I’ve never met anyone who has maintained weight loss long-term.

I know it’s not impossible. But I also believe that those folks are like lottery winners. Unicorns. A few exist, but banking on that being your experience will likely result in some disappointment.

If this is all true, then what? Well, the anti-diet movement is trying to move past the pesky idea that health is about thinness.

We do this by attempting to call out the impossible beauty standards society has created (and we have perpetuated). Because every human is worth so much more than their body size and their attempts to change it.

6. “Wow. This tone is really divisive. No one wants to listen to you if you’re so angry”

It’s normal to be angry after you’ve been harmed. And the fat activist movement, which was founded by folks with skin in the game? We have been harmed.

A person’s point is not less valid when they’re angry or emotional. Anger doesn’t make a point less valid, no matter where it comes from. Calling the opposition angry is, at its core, tone policing and gaslighting. It reinforces the idea that you must be palatable to be worth listening to.

When you’re in a marginalized body, others tend to label anger itself as “out of control,” even if that anger is a valid and true expression. It can just add to the “too much”-ness that people use as an excuse not to listen.

Think of another time you may have found someone angry. This social pattern has become so ingrained that we don’t notice when it’s being done to us or realize when we do it to others.

And here’s another nugget of truth: Anger is a human reaction. When our belief systems about ourselves or the world are challenged, no matter how true the challenge is, we get angry. It’s human, and it’s a sign to check in.

Another human reaction? Gaslighting and tone policing, which tend to be reactions of fragility.

If you notice that your response is to set the emotional context of the conversation or downplay the reaction of the person without listening to what they’re saying, check if you’re feeling defensive. It’s a sign that you may not be really listening or that your response might only make the other person feel worse.

Try taking a step back and unpacking the why before responding.

7. “Aren’t you concerned about the obesity epidemic?”

Obesity was named a disease when the American Medical Association decided to name it a disease. The AMA’s own research committee stated that the evidence did not a show a direct cause-and-effect relationship between obesity and morbidity and mortality.

Obesity, as a disease state, has also been a questionable diagnosis. And the stigma of labeling body size as a disease and attempting to treat it as such is far more likely to lead to negative health outcomes than the weight itself.

Researchers also pointed out that establishing social and public health campaignsagainst obesity could cause further stigma and unnecessary treatments.

Anti-diet isn’t about denying that there might be an increased risk associated with certain body sizes, but “Fat is killing us” is hyperbolic.

“So why is obesity still a problem? Why do doctors warn against it?”

Again, it’s that rigged system. Yes, bias in medical care and medical research affects the way bodies are treated. That’s why the anti-diet movement is also a social justice movement.

We’ve been on this path for so long and the biases are so entrenched that we have to change not only the way research is done but also the way researchers and medical professionals view fatness.

The anti-diet movement is for everyone

It’s about improving healthcare and bringing awareness to mental health and to social justice.

And it’s about you. It’s about recognizing that your body is yours and it is unique. It’s worthy of proper healthcare and respect and love — regardless of the size of it, the foods you eat, or even the health conditions you’re living with.

The anti-diet movement cares about health. All of it. Mental health, cultural health, and lifting up those who have spent their lives feeling marginalized and excluded. Emotional reactions are common, and anti-diet advocates are angry and emotional. But we aren’t angry at you.

We aren’t attacking your personal diet or your personal experience. Because those are yours. You get to choose those things for yourself.

We are angry at the culture that has told us that fitting a size is the only way to live your life, angry at the rigged system and the emotional toll for those who have been harmed by the attempts to help. And we will keep pushing for change.