The black-and-white photo above isn’t much to look at. However, the ghostly, eye-like shapes illustrate a strange phenomenon that rattled Albert Einstein so much that he died disbelieving it could exist.

The picture represents the first photograph made by quantum entanglement, or the “spooky” pairing of particles.

“The image we’ve managed to capture is an elegant demonstration of a fundamental property of nature, seen for the very first time in the form of an image,” Paul-Antoine Moreau, a physicist at the University of Glasgow, said in a press release.

Moreau led a team of researchers who managed to create the image, which the group published in a study on Friday in the journal Science Advances.

Quantum entanglement is the now well-documented idea that two tiny particles can be paired and separated, yet remain intimately and instantly connected across vast distances.

By the laws of physics, two particles can get entangled with a binary, yes-or-no-like property or state, such as spin or phase polarization. But that state remains fuzzy — or in “superposition” — until one particle is measured. Then at the exact moment of observation, even if the particles are separated by light-years of space, the other particle takes on the opposite state of its twin.

To understand this concept, imagine each entangled particle were a box containing a cat. The cat inside would be both alive and dead at the same time — that is, until someone opened one of the boxes. If the cat seen in one box was alive, then the cat in the other box would have to be dead (or vice versa).

Einstein thought this teleportation-like effect was so absurd that he described it as “spooky action at a distance.”

“Einstein couldn’t accept this,” J.C. Séamus Davis, a physicist at Cornell University who studies quantum mechanics, previously told Business Insider. “He essentially went to his grave not accepting this as fact, but it’s now been shown millions of times to work.” 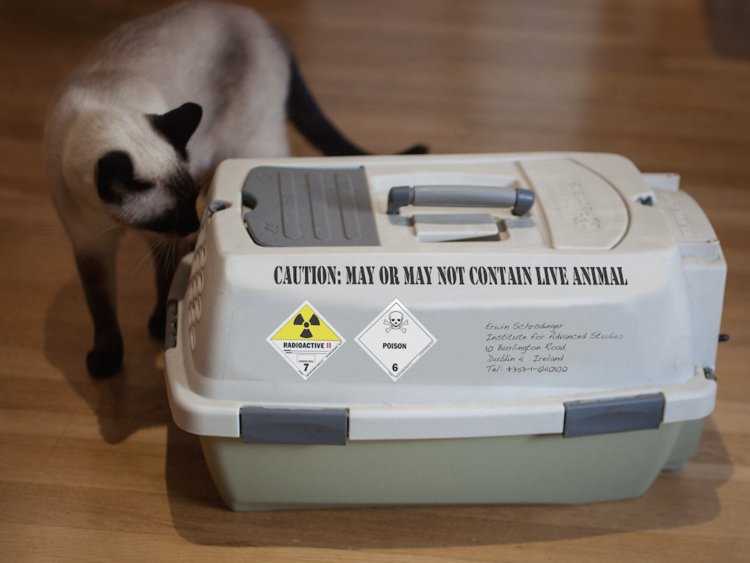 One of the latest studies to prove it, published in February 2017, used 600-year-old starlight to show that two particles couldn’t “cheat” at the moment of entanglement and share a state before being measured.

How and why small particles can get entangled makes no sense in the context of our everyday lives. At tiny scales, the universe appears to play by different rules, many of which are paradoxical and defy reason. In some quantum-mechanical scenarios, for instance, an effect doesn’t always follow a cause; the effect can, in fact, happen before its cause occurs.

No one should be blamed for being confused by quantum mechanics, Davis said, since “we didn’t evolve to understand” the theory and its counterintuitive ramifications.

“But the math, the predictions starting in the 1920s, have all turned out to be correct,” he said. “It’s the most successful scientific theory in the human race.”

In all those decades, however, no one had captured an image of entangled particles. So that is what Moreau and his colleagues set out to do.

How entanglement was photographed for the first time 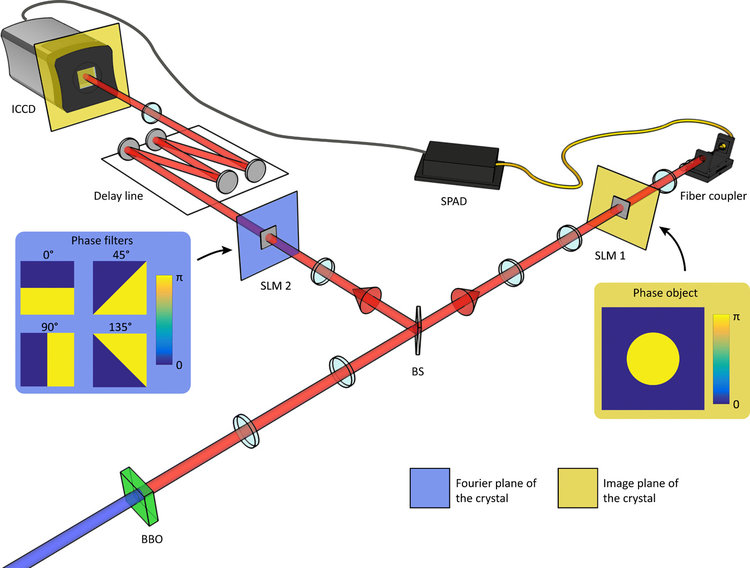 Particles of light called photons can be entangled by numerous quantum properties. With their experiment, though, the researchers chose a property called phase. The photons came out of an ultraviolet laser beam, then passed through a special crystal known to entangle the phase of some photons.

Next, their experiment split the beam into two equal “arms” with a beam splitter, or half-mirrored glass. At this point, some of the photons that the crystal had entangled parted ways.

One arm of photons passed through a filter to limit the particles to one of four phases (a phase filter effectively “measures” that property of a photon, so it’d instantly cause its partner to flip). Then the photons went into a very sensitive camera that’s able to detect individual photons. The other arm led to a high-speed trigger device for the camera.

The camera sensor recorded information only when two entangled photons — each from a separate arm — arrived at their respective detectors at same time and with opposite phases. Over time, the researchers built up a patterned image of the entangled photons striking the camera.

Entangled photons that passed through the phase filter were expected to form four eye-like patterns, and that’s exactly what the image showed.

The experiment piles on more proof that what spooked Einstein is real, but also that entangled particles might be used in future imaging applications in science, Moreau said.