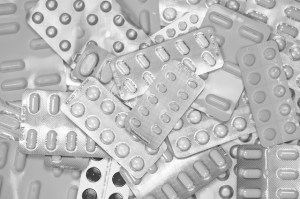 Painkillers considered harmless by the general public are associated with increased risk of cardiac arrest, according to research published in the European Heart Journal — Cardiovascular Pharmacotherapy.

Non-steroidal anti-inflammatory drugs (NSAIDs) are among the most commonly used drugs worldwide and some, including ibuprofen, are available over the counter.

“Allowing these drugs to be purchased without a prescription, and without any advice or restrictions, sends a message to the public that they must be safe,” said author Professor Gunnar H. Gislason.

“However, previous studies have shown that NSAIDs are related to increased cardiovascular risk which is a concern because they are widely used.”

The current study investigated the link between NSAID use and cardiac arrest.

Data was collected on all redeemed prescriptions for NSAIDs from Danish pharmacies since 1995.

A total of 28 947 patients had an out-of-hospital cardiac arrest in Denmark during the ten year period. Of these, 3 376 were treated with an NSAID up to 30 days before the event.

Ibuprofen and diclofenac were the most commonly used NSAIDs, making up 51% and 22% of total NSAID use, respectively.

Naproxen, celecoxib and rofecoxib were not associated with the occurrence of cardiac arrest, probably due to a low number of events.

“The findings are a stark reminder that NSAIDs are not harmless,” said Professor Gislason.

“Diclofenac and ibuprofen, both commonly used drugs, were associated with significantly increased risk of cardiac arrest. NSAIDs should be used with caution and for a valid indication.”

NSAIDs exert numerous effects on the cardiovascular system which could explain the link with cardiac arrest.

“Do not take more than 1200 mg of ibuprofen per day,” he continued. “Naproxen is probably the safest NSAID and we can take up to 500 mg a day.”

“Diclofenac is the riskiest NSAID and should be avoided by patients with cardiovascular disease and the general population. Safer drugs are available that have similar painkilling effects so there is no reason to use diclofenac.”