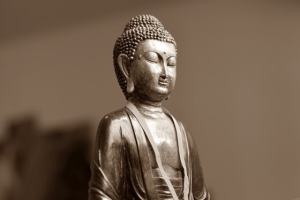 That winter was severe, and dismal chill descended on Boston. Snowstorms broke out almost every day – at least that is how it seemed.

I walked from my home through piles of snow and muddy sleet to catch the early morning red line train to go to Massachusetts General Hospital where I was working. I sat in the train, but my mind wandered. My thoughts shifted to the north-east corner of the Dorchester metro station, where often an old man, barely clad and almost shivering, stood with a cap asking for alms. He wasn’t there that day. For some reason, I felt sad but did not know why. Maybe I was used to seeing him. I would occasionally push some coins or a dollar on to his outstretched hand, which he always gracefully accepted with a smile. I felt sad for a moment. Dark, gloomy sky, frigid blowing southern winds, poor visibility and a temperature nearing -20 degrees Celsius created the requisite milieu for such a mental state.

I soon realised the effects of this sadness on my body, after years of study on medicine and personal experience with meditation that I started at the age of six. The depressed mental state is a harbinger of cancer, heart disease and even death. It is something that you just cannot entertain. It is like having a small porch in front of your house where instead of growing a few flower trees you plant weeds. So is the brain – the one organ in your body that defines who you are. You cannot afford to cultivate any negative thoughts, as your thoughts ultimately create your physical reality. I would like to share with you how we as humans have come to re-realise this truth garnered thousand of years ago by our sages and philosophers.

Despite over 50 years of innovative research in medicine and molecular biology, our knowledge about the human brain and its functioning has remained elemental. Little or nothing of what we traditionally call “mind” has been thoroughly understood. In particular, the idea that the mind and the body have a medically significant relationship – where the state of mind controls the well-being of the body – is relatively new to Western medicine. However, this concept has been an integral part of Ayurveda, traditional Indian medical science, for ages. Ancient texts, including the Vedas, Upanishads and other scriptures considered to be the fountainhead of Indian philosophy, propounded this principle. Practicing physicians and surgeons of ancient India, like Charaka and Sushruta, emphasised the importance of the right mental state for healing, holding that the state of one’s mind governs the entire existence of the human being, certainly including one’s physical health.

The nearest to this concept that Western medicine reached is on the lines of origin of certain diseases – called psychosomatic illnesses – where mental states like fear, anger and anxiety cause disease. Intricate mind-body links, where emotions directly affect body function, was not scientifically palatable to human biologists until recently. In the past few decades, an explosion of scientific explorations that support the contention that mental states like happiness and sadness have a direct consequence on the body’s ability to fight diseases have occurred. The actual physical and biochemical changes occurring in the brain and the body – the elusively hidden links that intricately connect the mind and the body – have been deciphered to a certain extent. These discoveries have led to a new paradigm of thinking. For instance, today if a person with a “common cold” presents himself before a doctor within weeks of a personal tragedy, such as the loss of a loved one, the doctor is unlikely to dismiss these two events in the patient’s life as disconnected and merely coincidental.

The human body is exposed daily to a broad range of harmful bacteria and viruses. The body also has what we can call spontaneous dysfunction leading to non-infective diseases like cancer. Our bodies have a highly specialised immune system to fight these constant menaces. It consists of an army of blood cells that have varying capacities for neutralising invading microorganisms – either by devouring them or by releasing chemicals that deactivate them. Some are highly specialised, such as T (Thymus-derived) cells and NK (Natural Killer) cells that directly kill both cancer- and virus-infected cells in the body. Anything that depresses the function of these blood cells can make one vulnerable to infections – like the common cold or other viral infections of the respiratory tract.

Sandra Levy, a psychologist at the University of Pittsburgh’s Cancer Institute, monitored 36 women afflicted with highly advanced breast cancer. Her study of those who survived the longest showed that one of two most influential factors was a high level of happiness and joy (measured by scores on a standard questionnaire). The study also showed that the prognosis of breast cancer patients depends on the activity of the NK cells (which directly devour cancer cells); and also, that stress causes the release of certain chemicals in the body that decrease the activity of the NK cells – thus augmenting the cancer spread. It is therefore not surprising that research on various relaxation techniques that promote inner peace, including meditation, suggest that they can measurably assist the mind in enhancing immunity against cancer.

The Eastern philosophies, which are the fountainhead of knowledge on meditation, have always considered mind an immensely powerful force to keep the body healthy and also destroy physical diseases. The Bhagavad Gita, the Hindu religious text, unabashedly declares that man’s soul is the master of his mind and that his mind is the master of his body. As he believes, so he is. Today, modern science is beginning to pay attention – as evidenced by the use in advanced medical clinics of visualisation, meditation, relaxation techniques and other ways of activating the power of the mind. Promising results with a variety of diseases, for example, cancer and asthma, have been documented. Malapropos mental activity including rage, anger, hatred tend to show in heart conditions, including increased blood pressure and heart attack.

It is indeed a fascinating story to learn how the human brain, pictured by Western medicine to be a static, genetically predetermined organ on which humans had little control, if any, got transformed overnight into a dynamic, ever-changing instrument whose structure and function we can control to a great extent.

It all started with scientists who set out to question the brain’s oldest myth perpetuated by science: brain size correlates with intelligence. English neurologist and a professor at the University of Sheffield Dr John Lorber conducted a simple experiment to debunk this myth. Lorber got serial CT brain scans – a means of visually observing regions in the brain of individuals with varying intelligence quotient (IQ) levels. To his surprise, he found that a brilliant college student who possessed an extremely high IQ of 150 suffered from an abnormality which had replaced 90 percent of the cerebral cortex – the region responsible for intelligence – with water! This disease is called hydrocephalus. The cerebral cortex is the storage centre of intelligence, memory and judgment capabilities. Lorber’s experiment proved that brain size does not have an effect in determining any of these characteristics.

Another age-old belief was that distinct parts of the brain performed specific functions. Based on this, it is assumed that if one part of one’s brain were damaged or stopped working, the brain would cease to conduct the function relegated to that part. This concept gained ground for the first time due to the pioneering work of a Frenchman. Pierre Paul Broca was a French physician. He is well known for his research in the Broca’s area, a region of the lateral side of the brain that has been named after him. Broca’s area is responsible for articulated language. His work revealed that the brains of patients suffering from aphasia (inability to produce or construct words) contained lesions in a particular part of the cortex, in the left frontal region. This discovery was the first proof of the localisation of brain function to a distinct area. It was a pioneering observation at a time when scientific progress got the first glimpse of brain mechanics. With the passage of time, this idea got ingrained emphatically. The model of brain mechanics was conceptualised as music, overriding the functional cacophony effected by multiple groups of brain cells which are specialised to perform a distinct function. For example, the “motor area” controls all our motor functions like walking or sitting, and visual cortex makes us see things, and so on.

Meditation research has effectively annihilated a bunch of such archaic concepts. A brain is a powerful machine that gets remodelled on a daily basis, which can be exploited. Accumulated research has substantiated that our normal brain, which let us call the ‘Broca’s brain’, gets converted into a powerful machine that shifts our very existence to a different paradigm. A prototype of disease-free survival, longer life span with self-confidence, determination and drive. This capacity of the brain to get remodelled is called neuroplasticity, and a brain thus augmented functionally is what I call the ‘Buddha’s Brain’ – a brain which concatenates into one dynamic entity that propels positive thoughts to create acceptable reality. The wondrous thing is that it is something that all of us can do by practicing meditation. Whether one is a busy executive or graduate students, a few weeks of meditation can bring in massive changes to one’s very nature. You become calmer and less stressed out. Memory functions become better than normal. Self-confidence skyrockets, and addictions get less demanding and easier to control.

Meditating does more than just make you feel good and calm you down; it makes you perform better and alters the structure of your brain. Evidence to support the neuroprotective effects of meditation has been borne out by countless electroencephalographic (EEG), cognitive and imaging studies (mostly using magnetic resonance imaging (MRI) and positron emission tomography (PET) scan) on ubiquitous people and monks each without and with experience in meditation.