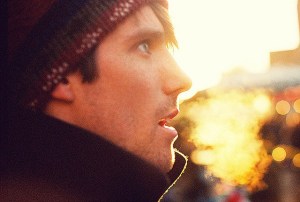 The most common type of hypertension, which accounts for 95% of people with high blood pressure, might one day be prevented with breathing exercises if caught early enough.

Researchers have uncovered unusual activity between neurons controlling breathing and blood pressure during the development of essential hypertension.

Essential hypertension, which is high blood pressure with no known cause, affects 30% of the global population and is a major contributor to cardiovascular disease.

Lead researcher Professor Andrew Allen says the research parallels what sportspeople and eastern philosophies have long understood about the link between breathing and heart rate.

“Biathletes have to regulate their breathing to slow down their heart rate before rifle shooting, and eastern meditative practices such as yoga and pranayama have always emphasised the interaction between the two,” Professor Andrew Allen says.

These neurons represent a potential target for therapies to prevent hypertension from manifesting in middle age.

However, Prof Allen and co-author Clement Menuet say that any intervention should be done early while the nervous system is still plastic.

In adulthood, the interaction between theses neural circuits becomes fixed and any reductions in blood pressure from breathing adjustments appear to be temporary.

The research, published in the journal Cell Metabolism, uncovered altered activity between circuits of neurons that regulate breathing rates and the blood pressure in an animal model.

“By interrupting the activity between these two groups of neurons during adolescence, we were able to dramatically reduce development of high blood pressure in adulthood,” says Prof Allen.

Breathing and blood pressure are functionally linked through the sympathetic nervous system, which sends nerve signals to the heart and blood vessels.

The altered neural activity leads to increased fluctuations in blood pressure with every breath and are seen in both the animal model and young, healthy adults at risk of developing high blood pressure in middle age.

This emphasizes the need to identify people at risk of developing high blood pressure early.

Many people with essential hypertension are otherwise healthy, active adults who eat a balanced diet and show no symptoms.

“By understanding what predictors of hypertension are easy to assess, we might be better placed to offer early treatment to pre-hypertensive patients,” Prof Allen says.