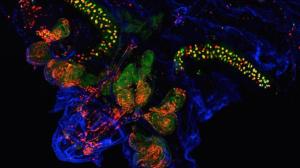 It tells us something important about cancer.

A mysterious cell process named anastasis (Greek for «rising to life») challenges our idea of life being a linear march towards death, and suggests that cell death can actually be reversed under certain conditions—essentially allowing cells to un-die.

Even as the cell is shrivelling up in response to radiation, toxins, or other stresses, it can in some cases undo the dying process and repair itself if the stress is taken away before the cell is completely gone, said cell biologist Denise Montell of the University of California, Santa Barbara.

«In the field of people studying apoptosis—this programmed cell suicide mechanism—it has been a tenet in that field that once cells trigger this death process, it’s irreversible,» Montell told me over the phone. Her research, beginning with a paper published by the journal Molecular Biology of the Cell in 2012, shows otherwise.

Montell’s lab wants to see if they can use anastasis to salvage hard-to-replace cells in the human body, which could be important in treating ischemia or heart attacks. But it could also provide an accidental, chilling glimpse into the hows and whys of cancer.