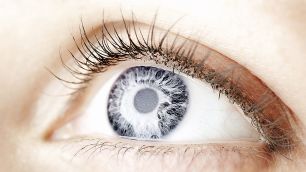 Neurons are for life, as are diseases and injuries that destroy them. That’s the painful truth for people who lose their vision to diseases like macular degeneration or glaucoma, which destroy the retina—the image sensor of the eye—or the optic nerve that connects eyes to the brain. But some laws of human health were made to be broken, and that may soon be true for the law of irreversible nerve damage. The U.S. government’s National Eye Institute said today that it will put up $12.4 million to fund six studies on technologies that can regenerate damaged eyes.

Blindness is curable in cases such as cataracts. Less than an hour of surgery can swap the eye’s clouded-over lenses with clear synthetic replacements. Damage to the back of the eye, though, is generally forever. Among the causes are macular degeneration, which destroys the retina, especially in older people; and glaucoma, a buildup of fluid pressure that crushes the optic nerve. Rare genetic diseases like retinitis pigmentosa can also wipe out vision.

But unlike humans, some animals can regrow neurons and rebuild broken eyes. If researchers can coax the same process in humans, they might be able to reverse not only blindness but also diseases of the brain and other nerves. The NEI is funding research to do just that in three-year research projects at nearly a dozen institutions. Best-case scenario: These projects develop treatments for blind mice. Trials in humans would come later.

Vanderbilt University, for instance, is trying to coax support cells in the retina called Muller glia to transform into replacements for dead photoreceptors, the neurons that actually convert light into signals for the brain. This already happens in zebrafish, the poster child for animals that can regenerate nerves. Drugs and genetic manipulation might cause the same things to happen in our rodent cousins—and eventually in us.

Another project will try to solve the key problem with stem cell treatments. It’s already possible to turn a stem cell into a replacement photoreceptor, but it doesn’t connect to the rest of the eye. Johns Hopkins and University of Wisconsin researchers will experiment with molecules and genes that might coax these cells to wire themselves into the retina. Teams at Stanford, Harvard, and the Scripps Research Institute, meanwhile, will look for genes and proteins that regenerate the retinal ganglion cells’ axons, the wires that form the optic nerve. All six projects are detailed on the NEI website.

«Understanding factors that mediate the regeneration of neurons and the growth of axons is crucial for the development of breakthrough therapies for blinding diseases,» says NEI director Dr. Paul Sieving in a press release. «What we learn through these projects will have a health impact beyond vision.»