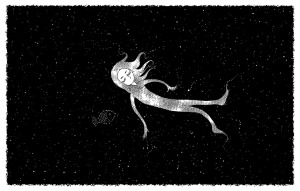 WHAT HAPPENS NEUROLOGICALLY THAT CAUSES US TO WAKE UP FROM SLEEP?

This question originally appeared on Quora. Answer by Colin Gerber, PhD in Cognitive and Neural Systems.

This is actually a very complex question.There are at least 12 (almost definitely more) neurotransmitters and hormones that play intimate roles in the sleep-wake cycle.  I will go through a list of all of them and talk a little bit about what they do.  There has been so much research done on this area and so many mechanisms and interactions have been found that it would be almost impossible to pull everything together in this answer. I will try to give a quick summary and some links to papers in relation to each neurotransmitter and hormone.

GABA is one of the more prevalent neurotransmitters in the brain and is usually responsible inhibition. GABA release is often seen as a way to shut down or down regulate neurons.One of the main areas GABA is involved in for the sleep-wake cycle is the posterior hypothalamus (PH).  The stimulation of the neurons in the PH are known to contribute to wakefulness.  It has been seen that increased levels of GABA in this area contribute to inducing sleep. [1](Source)

Orexin is a neurotransmitter that is linked to arousal and wakefulness and is almost exclusively produced in the hypothalamus.  It has been shown that the most common type of narcolepsy is caused by a loss of orexin through the destruction of orexin producing cells.It is thought that orexin is responsible for regulating many different systems involved with sleep and stabilizing both awake and sleep states. Some of the systems orexin regulates are dopamine, norepinephrine, histamine, and acetylcholine systems.  It is also thought that the orexin system is responsible for integrating different influences such as metabolic, circadian and sleep debt to decide what state the body should be in (asleep or awake). [2,3,4]

Glutimate is the most common neurotransmitter in the brain and the main excitatory neurotransmitter.  Interestingly it is also the precursor for GABA (which I talked about above) which is the main inhibitory neurotransmitter in the brain. [5]Glutamate is involved in a variety of areas of the sleep-wake cycle.  Glutamatergic input to the oral part of the pontine reticular formation (PnO) is thought to regulate sleep duration. [6] It has also been seen that glutamatergic inputs in the posterior hypothalamic region (PH-TMN) help regulate both REM sleep and wakefulness. [7]

Acetylcholine (ACh) is a neurotransmitter that is often associated with the activation of muscles but is also involved in the cholinergic system which often results in inhibitory actions. [8]The most important ACh neurons that are involved with the sleep-wake cycle are located in the pons and basal forebrain.  It has been seen that the ACh neurons in these areas are very important for the initiation of REM sleep.  It has also been observed that ACh levels are at their highest during REM sleep and waking states. [9](Source)

Norepinephrine can act as both a neurotransmitter and a hormone.  It is probably best known as a stress hormone and one of the main components in the flight-or-fight response. [10]Norepinephrines activity in the locus coruleus (LC) is the most important with regards to the sleep-wake cycle.  This is one of the main areas involved in arousal from sleep. Increased norepinephrine also decreases REM sleep. [9,11]. (Source)

Dopamine is a neurotransmitter that is best known for it’s role in the regulation of motor function.  As well as it’s depletion during Parkinson’s Disease which leads to motor dysfunction.Dopamine (basal ganglia) seems to regulate sleep-wake states and helps control when we enter each.  Dopamine can down regulate melatonin, which is partly responsible for causing sleepiness, which can greatly contribute towards waking up from sleep. [12, 13]

Melatonin is the hormone that is most commonly associated with the sleep-wake cycle. Levels of melatonin vary throughout the day (and night) which helps regulate circadian rhythms in the body. [14]Melatonin levels are high at night (during sleep) and low during the day (during wakefulness).  The levels of melatonin are regulated by the suprachiasmatic nucleus of the hypothalamus which reacts to the amount of light in the environment.  So the darker it is outside of the body the more melatonin there is. [15]

Cortisol is a steroid hormone and is often released in response to stress. [18] It has also been implicated that a disruption of regular cortisol production can cause insomnia. [19]  Cortisol is released by the adrenal gland and helps the body maintain homeostasis.

Corticotropin-releasing hormone is a peptide hormone involved in stress response. It has been shown that injections of CRH promote wakefulness and inhibit slow-wave and REM sleep. [22,23]

Adenosine is an inhibitory neurotransmitter that is involved in promoting sleep.  After you wake up adenosine levels begin to build up in your brain throughout the day causing you to become more and more sleepy.  People throughout history have tried to fight this by taking adenosine antagonists (which block the sites where adenosine normally binds in the brain).  The most common of the adenosine antagonists is caffeine. [24,25]