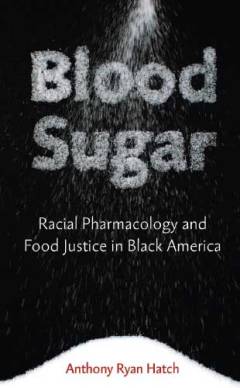 African Americans experience perennially high rates of chronic metabolic disease, premature death, and prolonged disability. For decades, explaining the social patterning of health inequalities has been the purview of social epidemiology, a field that has increasingly featured biological and genetic measurements alongside social classifications such as race, ethnicity, gender, sexuality, and economic class. In this intermingling of the biological and social, scientists can transform the social into the biological and back again. Race is a conceptual medium through which complex social relations can be morphed into biological truths in both explicit and implicit ways.

Why does race continue to be quantified as a biological phenomenon? This question tests the premise that biology provides the proper scientific language with which we ought to define race, and that the individual human body is the right place to sort out the meaning of race.

As social and life scientists continue to debate the appropriate epistemological house for the concept of race, the social structures of racism continue to shape the unequal distribution of disease in the United States and around the world.

One noteworthy example of explicit racialization of metabolic syndrome lies in the empirical definitions of the syndrome. In 2009, the International Diabetes Federation, the National Heart, Lung, and Blood Institute, the American Heart Association, the World Heart Federation, the International Atherosclerosis Society, and the International Association for the Study of Obesity jointly produced a definition of metabolic syndrome that called for analysts assessing one risk factor to use group-specific thresholds for high waist circumference for particular racial (and gender) groups (Circulation, 120:1640-45, 2009). Their definition of population groups hinges upon country and/or region of origin (e.g., a group called “Europids” have one threshold, “Caucasians” another, and “China” has yet another). What on earth is a Europid?

Such language harkens back to so-called scientific theories of race that were used to justify systematic subordination of particular groups, otherwise known as scientific racism. The consortium exposes the racial logic of its technique by severing ethnicity from culture and place, by defining group membership regardless of where a person from a particular ethnic group lives at the time of their assessment, and by ignoring how those people define themselves. Race does not impact health through place of birth or some vague notion of ancestral essence. Rather, race positions individuals or groups in social systems that unequally allocate resources that are necessary for good health and longevity.

Unfortunately, metabolic syndrome researchers have not thought through the historical and political implications of using racial classifications in their research. This is not to say that these people are racists—that is not the point at all. We need metabolic syndrome researchers thinking about racial inequality in ways that don’t unwittingly reproduce meanings of race that interpret extreme racial inequalities as a product of an inherent nature or heritability. Human genetic heterogeneity may be linked to disease risk, but race does not map onto meaningful patterns of genetic heterogeneity. We need scholars of race thinking about the implications of biomedicine and health injustice for contemporary racism. Taken together, we should be considering our global metabolic health inequalities in the context of political social science, not antiquated biomedicine.