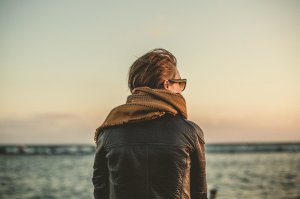 We often confuse our so-called “personality” with who we are. “Just be your self.” How many times have you heard that? You must be born with a certain “personality,” and it’s best to just be natural and play with the personality that you’re given.

In his seminal work on transactional analysis “What Do You Say After You Say Hello”, psychiatrist Dr. Eric Berne explain that personality is fluid, and that it’s a mistake to confuse it with our core identity.

Dr. Eric Berne is an influential psychiatrist and the founder of the modern psychoanalytic therapy called transactional analysis, or TA. TA combines decades of research from famous psychologists such as Freud, Jung, Penfield, Spitz, etc.

Depending on how we’re raised, each person is infused with a “favorite feeling” that he or she likes to play. This can be anger, guilt, inadequacy, righteousness, etc. While all of us experience different feelings, the dominant and “favorite feeling” is played out more than others and “becomes a sort of conditioned reflex which may persist for the rest of his life.”

To illustrate how random and arbitrary our personality development can be, Dr. Berne gives the following example:

“Suppose there is a housing development with 26 houses, and suppose that there is a baby waiting to be born wherever it is that babies wait to be born. The Great Computer in charge of such matters spins a roulette wheel, and the ball falls into slot 17. The Great Computer then announces, ‘The next baby will go to house 17.’ He makes five more spins… so the next five babies go to the houses with those numbers.

It should be no surprise to find that the baby born in house 31 will be a “winner” in the sense that the baby learns how to deal with rough situations. The other babies were not so lucky. Dr. Berne argues that the absurd randomness of how we develop personalities should make us think twice about placing due importance on our natural selves. He continues:

“But supposing when the Great Computer made the spins, other numbers had come up, or the same numbers in a different order? Perhaps Baby A, instead of going to 17, would have gone to 11, and learned to cultivate guilt instead of anger, and Baby B, in 23, might have traded places with Baby F in 31. Then instead of Baby B being a loser and Baby F a winner, it would be the other way around.”

Dr. Berne warns us that it’s easy to dismiss people who don’t share our favorite feelings. “Each person in the group is scandalized at the idea that his favored feeling is not a natural, universal, and inevitable response to the situation he meets,” Dr. Berne writes.

Each person is convinced that his or her own favorite feeling is the most natural one. “The truth is that none of them is natural really;” writes Dr. Berne, “each one has been learned, or rather decided upon, in early child-hood.”