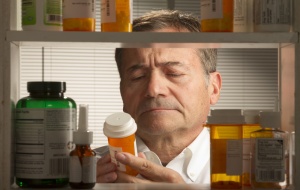 You might walk out of your doctor’s office with an antidepressant even if your mood isn’t a problem: Almost half of all antidepressant prescriptions each year are given out to treat conditions other than depression, finds a new study in JAMA. END_OF_DOCUMENT_TOKEN_TO_BE_REPLACED

One of the two people to whom cancer physician, researcher and writer Siddhartha Mukherjee dedicates his new book, The Gene: An Intimate History, is a girl named Carrie Buck. It’s unlikely many of you would have heard of her. By the time she turned 21, Buck, born in 1906, had become a symbol of all the warnings explicit in Mukherjee’s book about the dangers of genetic modification. Less than a decade before the genocide—a word, Mukherjee points out, with the same etymology as gene—of Jewish people in Germany, negative eugenics, or the forced sterilization of people considered genetically inferior so that their kind could be weeded out of society, was a point of raging debate in Britain, vocal participants being Charles Darwin’s cousin Francis Galton and science fiction writer H.G. Wells. END_OF_DOCUMENT_TOKEN_TO_BE_REPLACED

New research from Syracuse University’s Martin J. Whitman School of Management finds that, in the aftermath of a disaster, individuals can successfully overcome adversity by focusing on new venture creation. In «Victim entrepreneurs doing well by doing good: Venture creation and well-being in the aftermath of a resource shock,» Assistant Professor of Entrepreneurship Trenton Williams, and his co-author, Dean Shepherd (Indiana University) expand on the overall understanding of the value of entrepreneurial ventures as a mechanism to help individuals overcome adversity and maintain resiliency at a time of great stress. END_OF_DOCUMENT_TOKEN_TO_BE_REPLACED 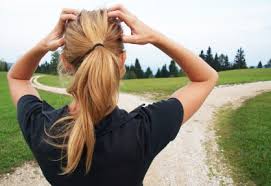 As the difficulty of making a decision based on sensory evidence increases, activity in the brain’s insular cortex also increases, according to researchers at Georgia State University. END_OF_DOCUMENT_TOKEN_TO_BE_REPLACED

Traumatic events early in life can increase levels of norepinephrine — the primary hormone responsible for preparing the body to react to stressful situations — in the gut, increasing the risk of developing chronic indigestion and anxiety during adulthood, a new study in American Journal of Physiology — Gastrointestinal and Liver Physiology reports. END_OF_DOCUMENT_TOKEN_TO_BE_REPLACED

Not all habits are bad. Some are even necessary. It’s a good thing, for example, that we can find our way home on «autopilot» or wash our hands without having to ponder every step. But inability to switch from acting habitually to acting in a deliberate way can underlie addiction and obsessive compulsive disorders. END_OF_DOCUMENT_TOKEN_TO_BE_REPLACED

By doing short bursts of very high-intensity drills, you can reduce the duration and frequency of your workouts and still make greater gains than what you’d achieve doing moderate intensity exercises for literally hours longer each week. END_OF_DOCUMENT_TOKEN_TO_BE_REPLACED

In the aftermath of violent acts such as mass shootings, many people assume mental illness is the cause. After studying the 2011 case of Norwegian mass murderer Anders Breivik, University of Missouri School of Medicine researchers are suggesting a new forensic term to classify non-psychotic behavior that leads to criminal acts of violence.

END_OF_DOCUMENT_TOKEN_TO_BE_REPLACED

A new study from a group of international researchers has identified a potentially effective tool to reduce the long-term health risks of childhood obesity — aerobic exercise. END_OF_DOCUMENT_TOKEN_TO_BE_REPLACED 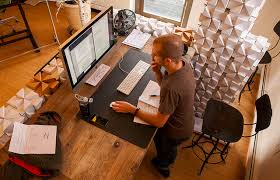 Most people have heard the argument that standing desks are good for the body. They can help burn more calories and fight obesity. Standing can even help improve students’ attention and cognitive functioning. Now, new research from the Texas A&M Health Science Center School of Public Health indicates that they may boost productivity in adults as well. END_OF_DOCUMENT_TOKEN_TO_BE_REPLACED